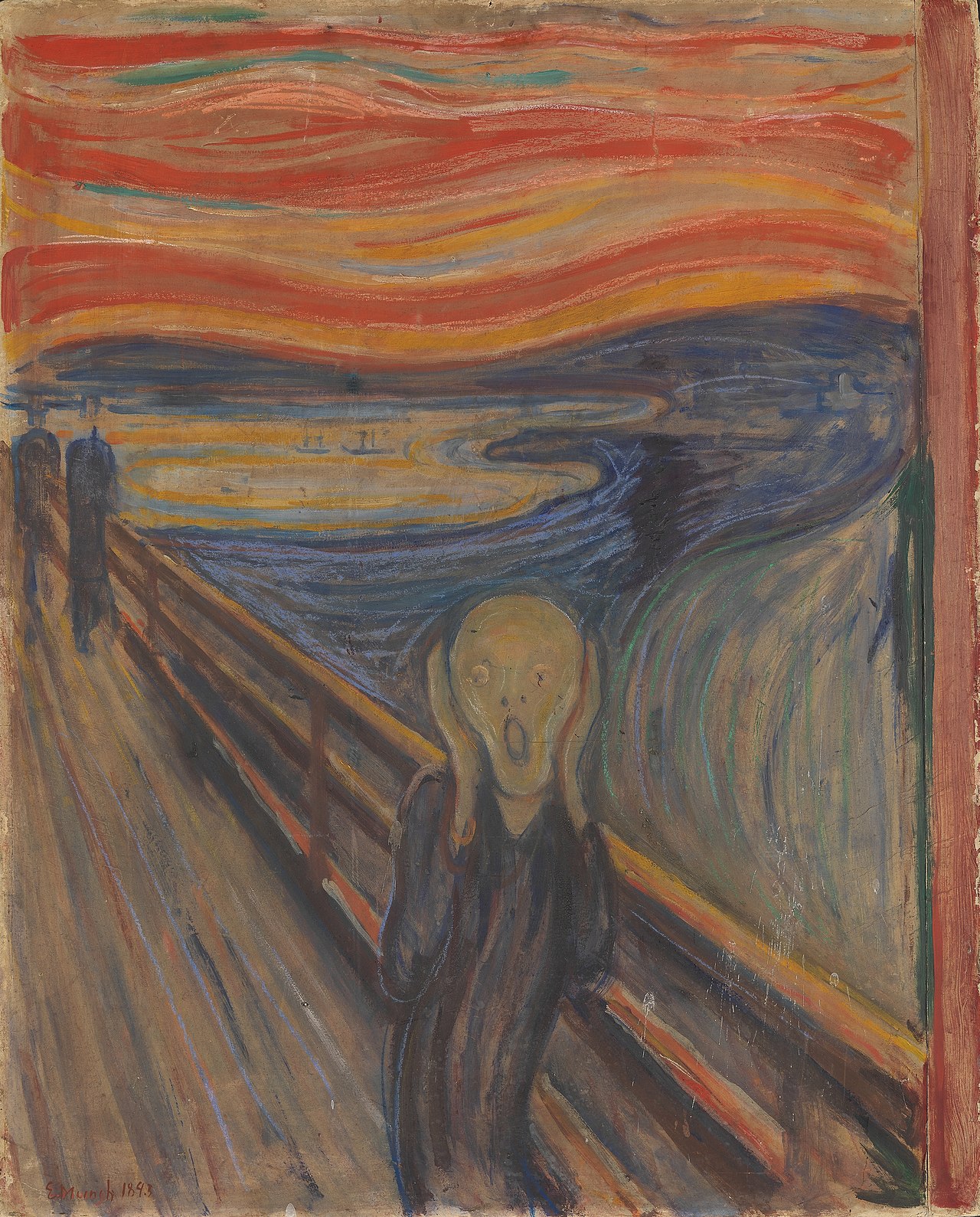 One evening I was walking along a path, the city was on one side and the fjord below. I felt tired and ill. I stopped and looked out over the fjord—the sun was setting, and the clouds turning blood red. I sensed a scream passing through nature; it seemed to me that I heard the scream. I painted this picture, painted the clouds as actual blood. The color shrieked. This became The Scream. – Edvard Munch

We are the instruments of God.

If that’s all God has to work with
we’re doomed,
an off-key, out of sync
marching band parading off a cliff,
cheered on by the bombastic blaring of trump-ets.

Is that why the man is screaming
under the blood red sky?
Oh, how the crimson shrieks.

Is it the blood raining from the clouds,
running down the walls?
Is it the tears flooding over the shrouds,
cascading as an angel falls?

Or is God screaming?
And the man cowers
as the shriek of nature’s despair
echoes, the cacophony of a marching band
parading off a cliff.

Theme by Anders Noren — Up ↑